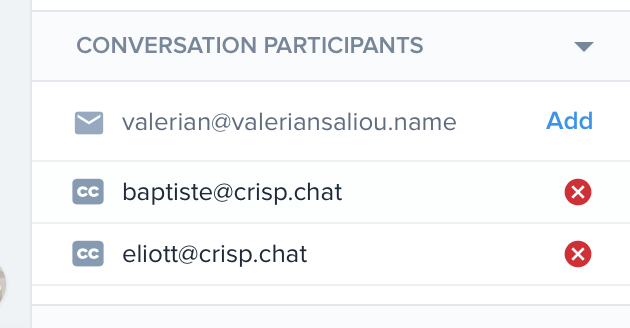 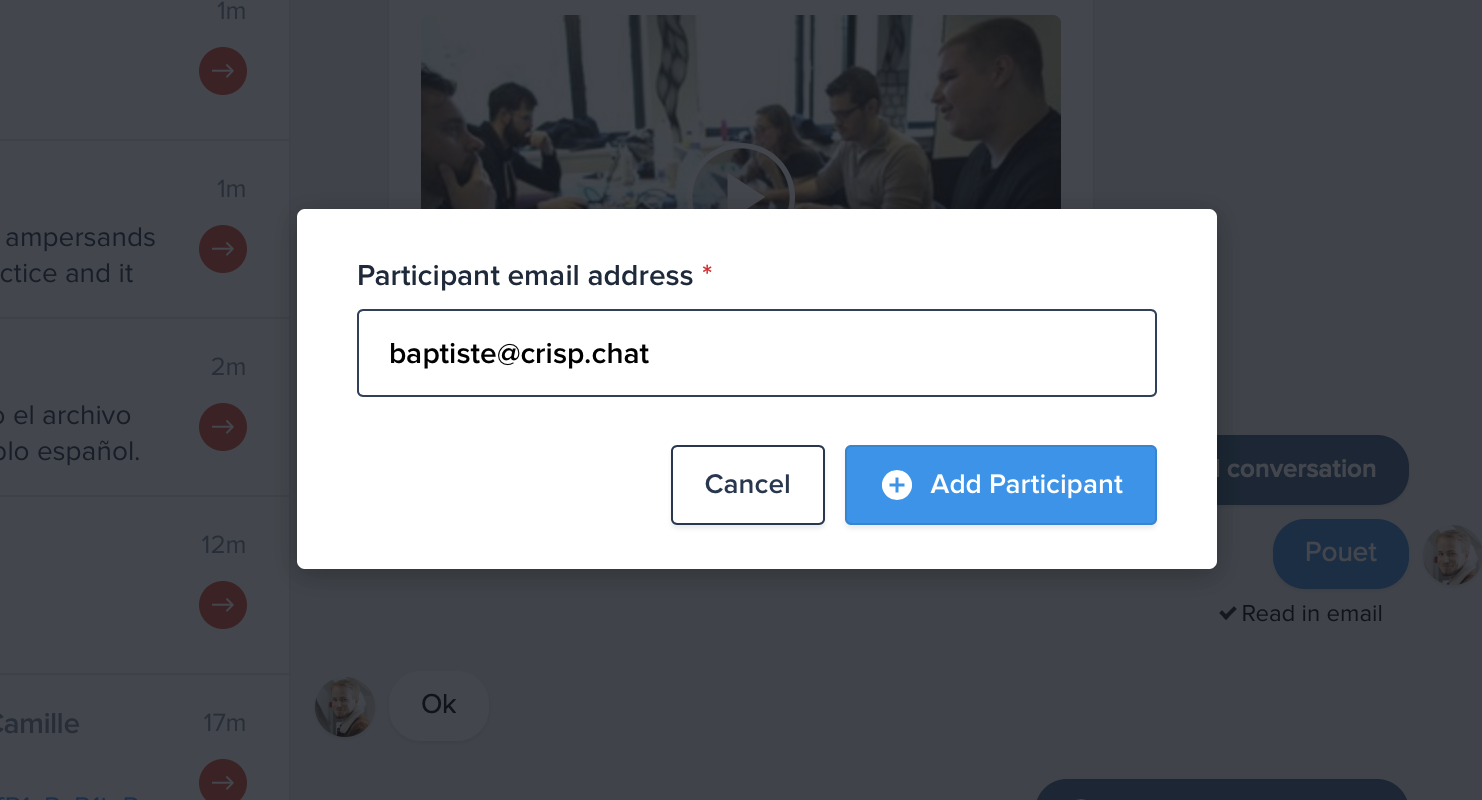 Once someone in your team adds or removes a participant, everyone is notified with an event message (that can only be seen by your team, ie. not your users):

Afterwards, for any email reply sent to your user, all participants in the conversation will be set as CC to the emails sent.You can remove anytime participants from a conversation, by clicking on the red remove button next to their email address.How can users sending emails to our Crisp Inbox add participants themselves?If you look from the point of view of an user of yours, emailing your Crisp inbox or answering to one of your replies from email, whenever they CC someone in their reply (eg. their coworker for instance), all CC'ed emails will be automatically added as conversation participants, so that those coworkers can track the conversation replies as well.

How do received emails look like for a participant user?Once someone in your team answers a user from your Crisp inbox, in a conversation with participants, the email sent to this user will contain all participants as CC, and make it clear that the email was sent to multiple participants (indicating whom).

When are emails sent to participants?Participants receive the message reply notification email at the exact same time the conversation owner does. That means: whenever Crisp checks whether the last message received by the visitor has been read in eg. the Crisp Chatbox.In the event a conversation has participants, it does not matter whether the last message has been already read in chat or not. An email will be sent anyway, even if the message has been read in the chatbox. That is, to ensure all participants get notified of the conversation activity that took place over chat and can follow up over email. If that conversation had no participant, an email would only be sent after a few minutes if the visitor did not read the last received messages in the chatbox.