Available from Crisp Unlimited, Crisp Zendesk plugin allows you to reply to Crisp messages directly from Zendesk.People will be able to send messages over the Crisp Livechat and your agents will be able to reply using Zendesk.Zendesk integration is now deprecated. It's still available for users already using it. To get details about this, you can contact our customer support.1. Install the Crisp App on the Zendesk MarketplaceGo to https://www.zendesk.com/apps/support/crisp/Click InstallFill your Zendesk URL, like acme.zendesk.comYou will be redirected to the Zendesk Dashboard then.Click Install again2. Setup the Crisp Channel on ZendeskGo to the Zendesk SettingsGo to Channel IntegrationsConfigure Crisp channelGo to AccountsClick on Add AccountNow you need a Zendesk Key, Provided by Crisp. Go to Step 3 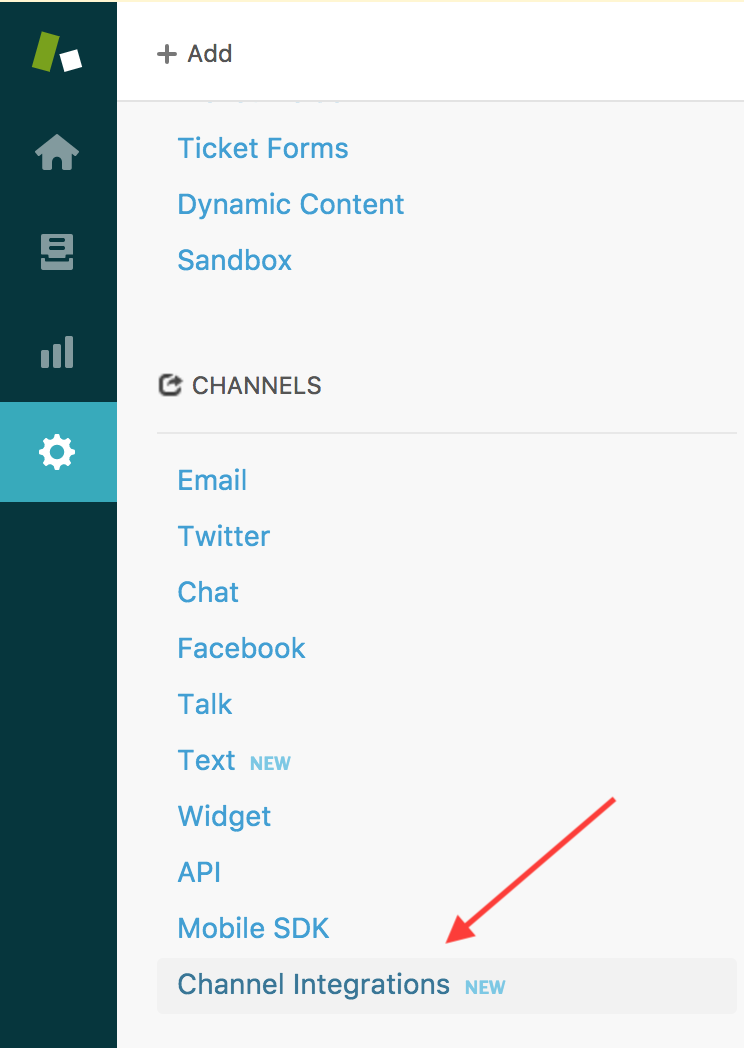