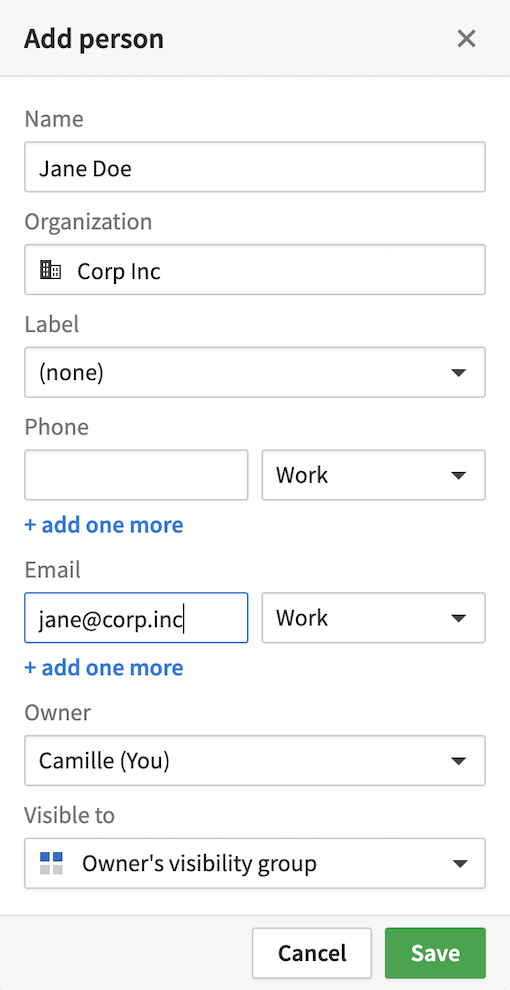 All your Pipedrive's contacts will have the segment pipedrive so you'll know where the contact comes from.3. Import my previous contactsYou may want to add your previous contacts in Crisp. In order to do that, you have to download your contact list in Pipedrive as a CSV.

Import the CSV to Crisp

You can learn more about CSV import in Crisp in this articleTroubleshootingIn that case, just contact our team, we'll be happy to solve your issue.